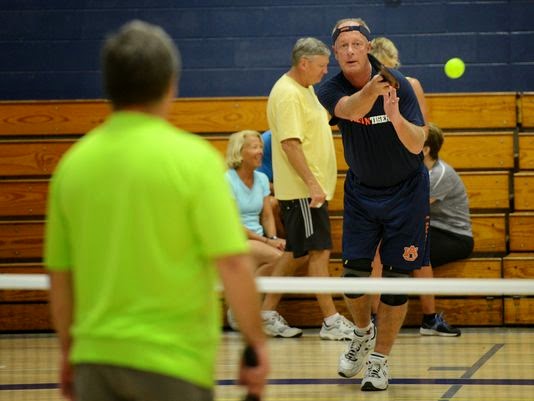 Sure, I snickered when the bosses assigned me a story on Pickleball, a racquet game described as a cross between badminton, tennis and ping pong.

And yes, I rolled my eyes when I was told that the fast-growing, goofy-named game is really, really popular among the 50-plus set.

"There are 104 Pickleball courts in the Villages," one player said, referring to the mammoth retirement Shangri-la near Ocala.

Yay, I thought. This is going to be as exciting as shuffleboard or four-square. And just as fast.

Then I went to the Gulf Breeze Community Center and played a few games with some of the more experienced Pickleball players.