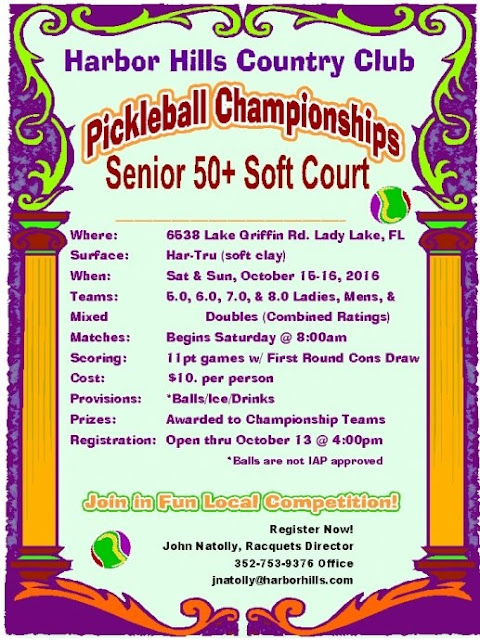 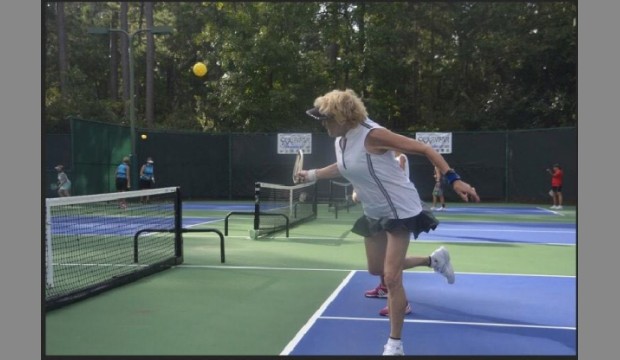 Pickleball has officially arrived in Savannah, and if what took place Saturday at The Landings Club’s pickleball courts is any indication, the sport has come here to stay.

The Special Pops Pickleball Open is the first official pickleball tournament held in Savannah. The event’s 108 participants came from across the Southeast, with some players coming from as far away as Virginia.

Pickleball, a sport whose popularity is growing, combines elements from tennis, table tennis and badminton.

Ralph Ferrone, the executive director of Special Pops Tennis, couldn’t say exactly why the sport is growing so rapidly, but when you hear the passion with which he and other tournament organizers talk about the game, it’s clear to see that pickleball has plenty of “growing” coming its way.

“Unlike other sports like tennis or golf, this sport is in its infancy,” said Ferrone in between gulps of Gatorade after playing in a match of his own.

This is a USAPA-sanctioned tournament.

The Title Sponsor is HUMANA.

Competition will include age groups with ratings and open play for 5.0 players. Singles will be on Friday, Men's and Women's Doubles on Saturday, and Mixed Doubles on Sunday.

Grab your Partner and Dosey Do(e)! 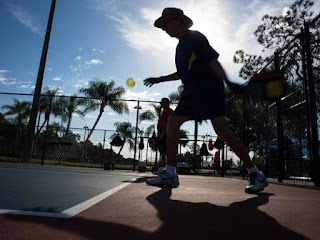 Or just get better at it?

There's an academy for that — in East Naples (FL).

The head instructor is Simone Jardim, the U.S. Open singles champion. She will recruit other instructors certified by the International Pickleball Teaching Professional Association for the camps. 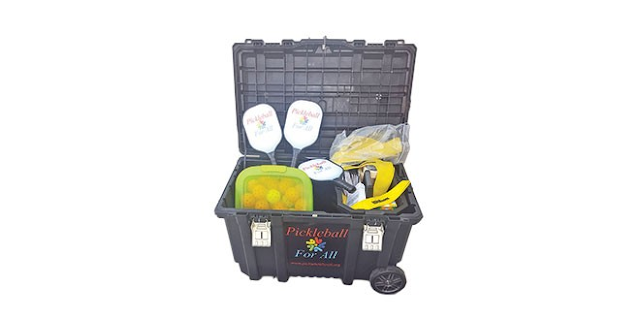 Florida is the vanguard of a movement that is sweeping the nation: the sport of Pickleball. It has taken speed beyond all bounds and few have known how to harness its force like Jim Ludwig. There are pickleball players. There are pickleball pros….and then there are individuals whom have become ambassadors of the sport, free of charge, donating their time and admiration for pickleball’s growth and prosperity. Jim has been a major proponent in bringing to Naples hundreds of designated courts, multiple USAPA (United States of America Pickleball Association) tournaments, as well as creating a nonprofit organization known as Pickleball For All.

This organization’s mission statement is to instill encouragement, integrity, strength of character and strong sense of self in mind, body and spirit. As a 501(c)(3) nonprofit corporation we have supported and will continue to support one of the many means with which Pickleball For All has worked towards accomplishing their mission statement: focusing on our youth.