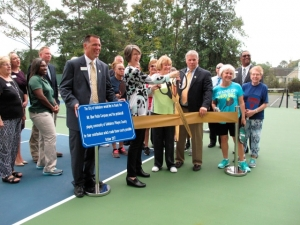 New pickleball courts are now open and available for use by the public at the Goldsboro (NC) Event Center.

A recent dedication of the courts drew city leaders, pickleball players and a representative from the Mount Olive Pickle Co., which donated $10,000 to the cost of improving the tennis courts for pickleball games, said Kaye Scott, Goldsboro finance director.

The courts can be used for tennis or pickleball, said Theresa Merritt, a member of the Goldsboro Parks and Recreation Advisory Committee. The Goldsboro Event Center is located at 1501 S. Slocumb St. 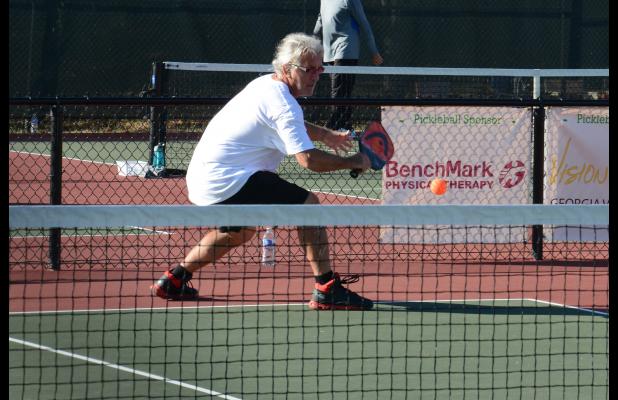 Players from more than a dozen states traveled to Hiawassee for the Georgia Mountain Pickleball Fall Classic held Friday-Sunday, Oct. 6-8.

The mountain counties of North Carolina and Georgia were well represented in the event that drew almost 350 players from across the nation.

Players competed in women's doubles, men's singles and mixed doubles during the first two days of the event.
No comments:
Email ThisBlogThis!Share to TwitterShare to FacebookShare to Pinterest

Players from the Savannah area comprised about half of the field of 150 competitors, reflecting the growing popularity of the sport in the area. Savannah players also medaled in 11 of the 13 competitive divisions in men’s doubles, women’s doubles and mixed doubles.

Other players came from the state, South Carolina, Florida and other parts of the Southeast as well as a few from as far away as Michigan and Ohio.

This tournament, sponsored by Allstate/David Pence Insurance Agency, was a fundraiser for the Savannah chapter of Special Pops (short for special populations). The program supports individuals in the community with intellectual challenges.
CLICK HERE to read more.
No comments:
Email ThisBlogThis!Share to TwitterShare to FacebookShare to Pinterest 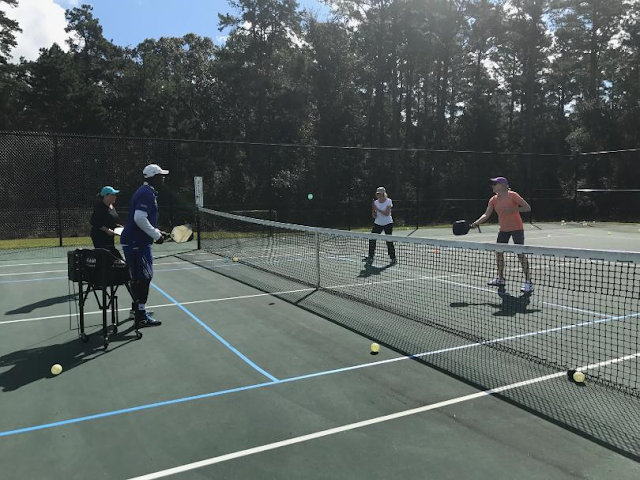 The sport is a combination of badminton, ping pong, and tennis and is played on a shortened tennis court.

"I describe it as playing ping pong, but you're standing on the table," said Tallahassee Pickleball director Lenin Mongerie.

Players use large wooden paddles and hit wiffle balls over a lowered net.

The city of Tallahassee initially introduced pickle ball at the senior center, but now has nine courts throughout the city.

"Pickleball can be played by all ages," Mongerie said. "The shortened court and paddles make it easier than tennis for seniors, but the fast pace also makes it new and exciting for younger people."

The United State Pickleball Association reports that there are currently around 5 million pickleball players nationwide, and expects that number to grow to about 8 million by 2019.