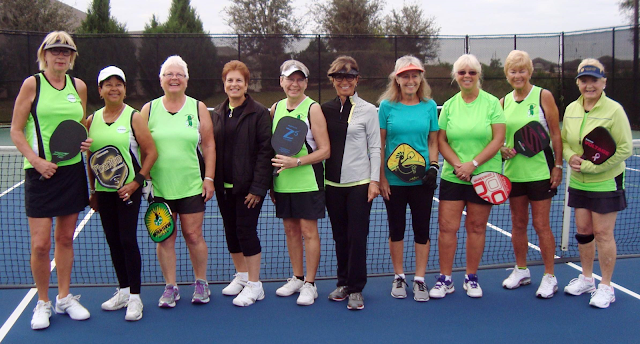 Tanglewood visited Del Webb on Saturday and took a beating. Bob Hoffman, captain of the Del Webb team reports that, despite the lopsided 58 to 9 win by his team, “the score does not reflect how close and exciting this meeting was”. Hoffman went on to say that “the final round, although swept by Del Webb, was the best competition of the day with two matches going to three games.” The home team’s top three pairings won all four of their matches. Tanglewood returned home to work on their strategy for the upcoming “shootout”.

On Saturday, March 5, Tanglewood will host Highlands Ridge, Del Webb and Lake Ashton in the sixth annual round robin championship referred to as the “shootout.” Highlands Ridge won the 2013 and 2015 shootouts while Tanglewood took top honors in 2014.

Players across Southwest Florida relish the game of pickleball

JoAnne Russell’s athletic resume bursts with big-time tennis achievements. She was Wimbledon doubles champ in 1977 and was ranked as high as No. 22 in the world in singles in 1983 and now teaches tennis at Grey Oaks Country Club in Naples.

That’s not her only sport. Ms. Russell, 61, also plays pickleball. 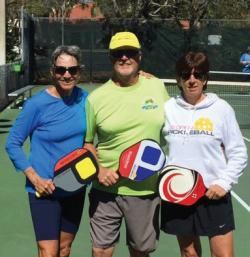 “I thought it was the weirdest thing,” Ms. Russell said of her initial reaction to the sport’s name. “Are you kidding me?”

It’s no joke. As for how it got its name, theories abound, none of which can be substantiated. Regardless, it is proven that the sport has become immensely popular in recent years. In fact, Collier County hosts two notable pickleball tournaments in the next several weeks. 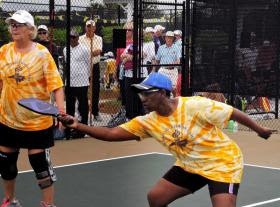 The third annual Low Country Pickleball Classic to be held in Sun City in April is expected to once again attract more than 200 players from across the U.S. and Canada.

The tax is a mandatory 2 percent charge applied to all local accommodations, such as hotel and motels. The funds must be allocated to tourism-related activities and expenses.

Reuben Oder, vice president of the Sun City Pickleball Club and organizer of the tournament, said the funding will expand the event’s reach.

Some of the money will be used to advertise on websites such as USAPA.org, where avid pickleball players and spectators from across the U.S. go for information about upcoming tournaments.

CLICK HERE to nominate your choice for the award.

The deadline for nominations is MARCH 18, 2016.
No comments:
Email ThisBlogThis!Share to TwitterShare to FacebookShare to Pinterest

County betting on pickleball as a draw for years to come 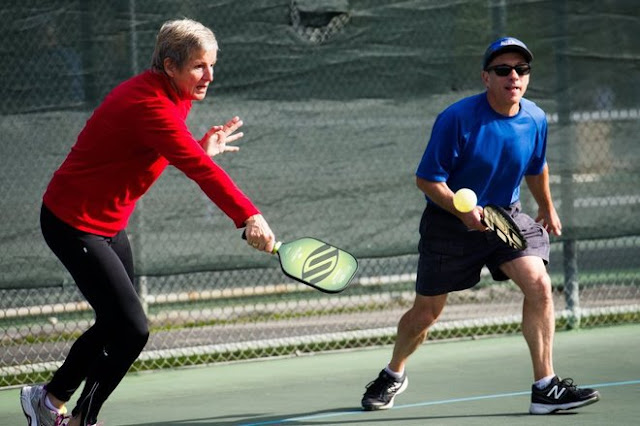 Collier County crews are scrambling to get ready to host the U.S. Open Pickleball Championships in April.

The weeklong event is expected to draw about 5,000 spectators to East Naples Community Park, as some of the top pickleball payers from around the world compete in the inaugural open. 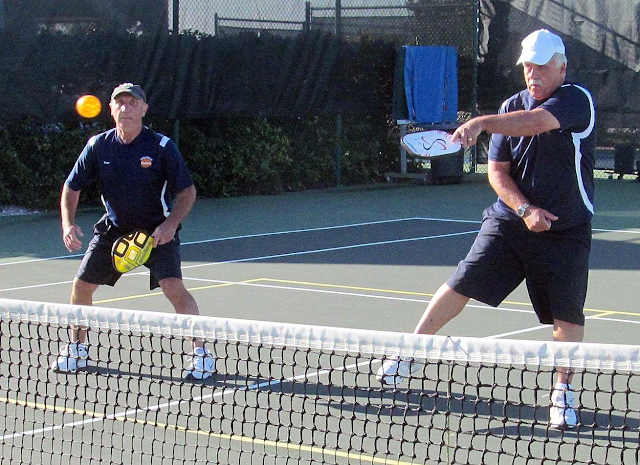 The South Central Florida Pickleball League saw lots of great competition in the first week of play. On Saturday, Tanglewood bested the visiting Highlands Ridge team 44-23 by taking the final four of 16 matches.

On Sunday, Del Webb, Orlando, traveled to Lake Ashton at Lake Wales. Del Webb was leading the Lakers 10 to 2 after round one and 16 to 8 after the second round. They emerged from the third round with a commanding 28 to 12 lead. Three wins in the final round sealed the deal with Del Webb on top 50-17.

Highlands Ridge headed north on Tuesday and met up with a Del Webb team that has improved tremendously over the past three years. The teams battled low temperatures and strong winds.

The teams were tied after two rounds of play but Del Webb built a 24-16 lead in third round action. The Ridgers came on strong in the fourth round where teams are evenly matched A vs A, B vs B, C vs C and D vs D. The Highlands Ridge A and D pairs were victorious while Del Webb’s B team won. It was up to the Ridgers C pairing of Dave Majick and Bill Alexejun to lead the team to a 36-31 victory with a big win in the last game of the day. 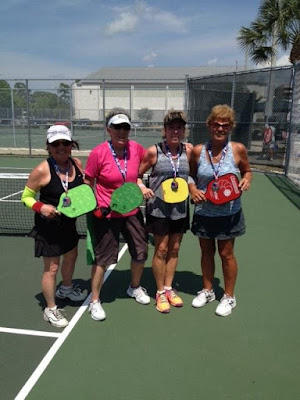 The Sarasota County Parks, Recreation and Natural Resources Department is accepting registrations for its Fifth Annual Pickleball Slam, which will be held March 23-25, the county has announced.

“This year’s tournament will take place at three locations to accommodate more players and skill levels,” a news release says. Competitions will be held on the outdoor courts at the Englewood Sports Complex, located at 1300 S. River Road in Englewood; and on the indoor courts at Arlington Park, located at 2650 Waldemere St. in Sarasota, and Laurel Park, located at 509 Collins Road in Laurel, the release points out.

The slam will be an open play tournament with double elimination, with competition conforming to United States of America Pickleball Association rules, the release notes. Players may participate in up to two events in the men’s, women’s or mixed double’s divisions. The cost is $10 for the first event and $5 for the second event, the release adds.

Pickleball is played across the country and around the world, including on St. Simons Island (GA). It is a great sport to take with you; just pack your paddle and meet up with other groups.

Matches begin at 9 a.m. Wednesdays and Saturdays in Kings Park on Mallery Street.

CLICK HERE to see how addicted people are to Pickleball.