Can pickleball help someone who has Parkinson’s? You bet 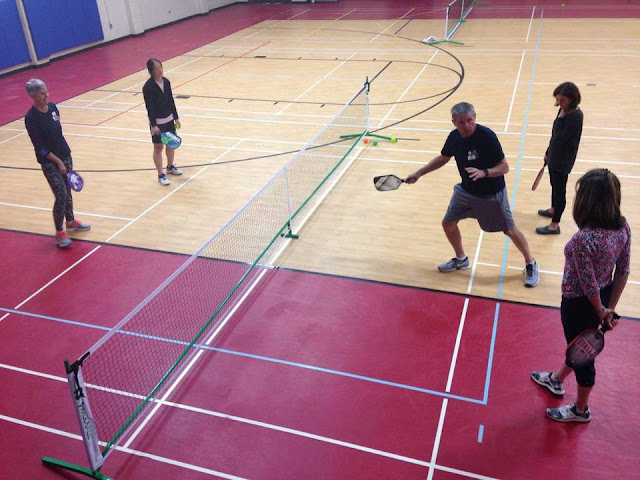 Ever since Louis Ma was diagnosed with Parkinson’s disease nine months ago, his body has shown signs of betrayal.

The Indian Trail resident has started to shuffle a bit when he walks. His mind isn’t as sharp, he says. His sense of smell has disappeared. Fortunately for him, the shaking so commonly connected to Parkinson’s is not that obvious to others. Yet.

But Ma is a good steward of his doctor’s advice. He faithfully takes his medication and he trusts that exercise will help minimize his symptoms.

That’s why Ma dutifully reported to the Marion Diehl Recreation Center, 2219 Tyvola Road, Charlotte, (NC) earlier this month to test out pickleball, a sport new to him.

Through a partnership between the Parkinson Association of the Carolinas and USA Pickleball, the local recreation center is offering Pickleball for Parkinson’s, a weekly program tailored to those with the neurological disease and the people who support them.

Pickle ball and web sites: Reidsville Senior Center is not your grandma's center 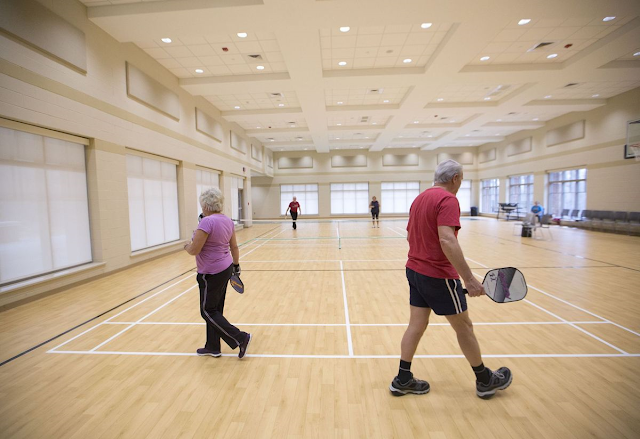 Play pickleball with these people, and you could get bruised. Enter the computer lab, and you may find someone updating her website.

This isn’t your grandma’s senior center.

“I’ll put some of my seniors up against some of these teenagers any day,” said Cindy Baynes, senior center coordinator. A cardio and weights class, two dance troupes and volleyball complement the card playing, painting and crocheting classes. Pickleball “is the new rage,” Baynes said, and the center’s bowling league has more than 60 members, several of whom average 185 to 190.

Champion Pickleball is a flexible pickleball league in the Atlanta, Georgia area . Their spring kickoff tournament was held last Saturday (March 11) at the Brookstone Country Club in Acworth, Georgia. 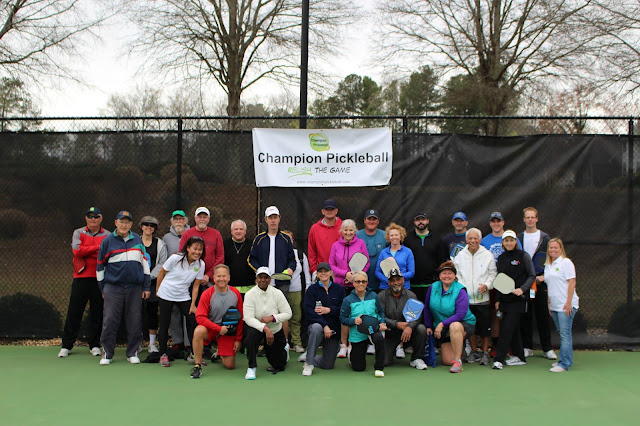 Pickleball – It’s A Hit At Brunswick Forest In North Carolina 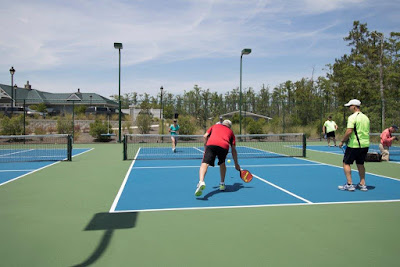 Move over golf and tennis. Pickleball is all the rage to keep fit while making friends at the North Carolina coastal community of Brunswick Forest. Tennis may have been the top sport amongst competitive Baby Boomers in the 70′s and 80′s. But, enter pickleball – the trendy sport that will save your knees, elbows and rotator cuffs and provide great fun, with competitive play if you want.

Currently, the U.S.A. Pickleball Association (USAPA) is conservatively estimating there are over 200,000 pickleball players and 9,863 pickleball courts in North America. The USAPA also reports there is an average of 62 new places to play pickleball opening each month across the U.S. and Canada. In fact, in 2015, the seventh annual Nationals Tournament was the largest tournament in the world, with more than 700 participants competing in Casa Grande, Arizona.

Brunswick Forest, a 4,500 acre master-planned community located in northern Brunswick County, just 7 miles south of downtown Wilmington. North Carolina, is no exception to embracing this rapidly rising sport. The Pickleball Club at Brunswick Forest already boasts over 400 members and plenty of organized play for all skill levels – so there is never any shortage of people to take up the paddle with you. 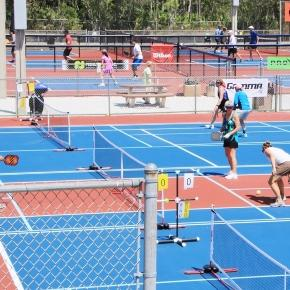 April is no longer just the month that starts the baseball season or the month after the NCAA March Madness basketball tournament, or the time for golfers glued to following the Masters. It is now the month that America can watch the best of the best compete for the national United States Open Pickleball title. Hosted in the heart of Naples, Florida, from April 23rd to April 30th, pickleball players throughout the nation and beyond will gather for one of the most exciting pickleball events in the world.

Not for serious pickleball players onlyThe list of events at the #US Open Pickleball Championship is extensive. Certainly the most coveted and most watched division is the professional side. However, the Open tourney hosts men, women, mixed, amateur, senior, single and double divisions and matches. Participants can expect the highest level of competition within their category, and viewers can be assured that they will be able to watch a variety of top-notch matches of their choice.

The US Open Pickleball Championship is still unlike other major sporting championship events. Fans are encouraged to bring their own portable chairs, welcome to bring coolers with food and drink (from the approved list), and are free to bring their pets, leashed of course! This year's venue, the East Naples Community Park, will have a total of 48 courts, and a schedule that will keep all of those courts busy from morning till night. 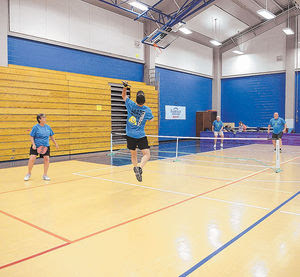 The City of Jacksonville’s 7th annual Pickleball Tournament drummed up some excitement over the weekend hosting more than 100 players from eight states and Canada. Matches were held at the Jacksonville Commons Recreation Center between Friday and Sunday. 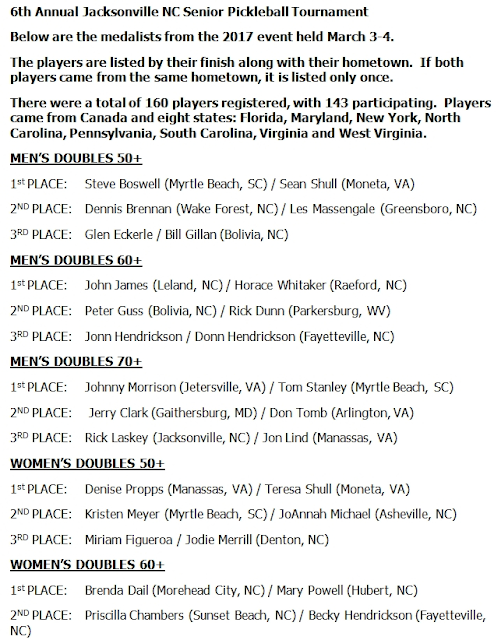 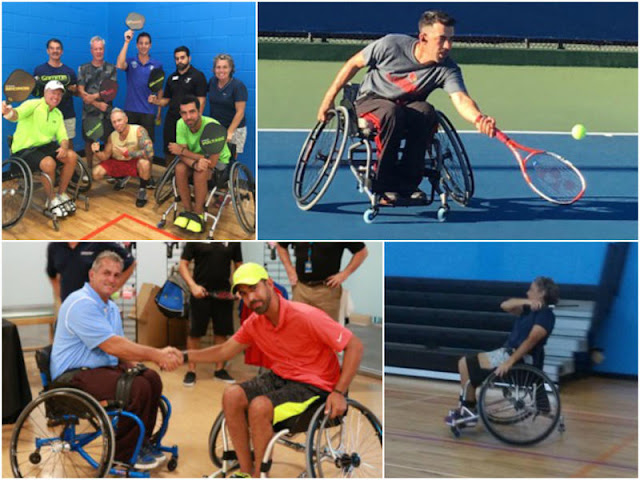 A new program for the wheelchair-using athletes and veterans is rolling onto Great Naples YMCA courts. The Adaptive Sports Program is bringing sports like pickleball, tennis, and wiffle ball to what it calls the underserved community of wheelchair-bound athletes.

Friday (today) at 1:30 p.m., coach Mindy Rashbaum will talk about some of the athletes who have gone from feeling isolated and restricted to energized and part of a team.

Six members of the Coastal Alabama Pickleball Club were elected to the 1st CAPC Hall of Fame of Fame Class on February 19. The inductees included:
– Gene Beaver of Marlow: Responsible for bringing the Sport of Pickleball to Lower Alabama in the late 1990s. Gene was an avid player who enjoyed playing Pickleball at Gulfway Church, while his wife Dottie watched him from her center court seat. Gene passed away on July 18, 2015 while getting dressed to come to Pickleball. Go to www.coastalalabamapickleballclub.com and click on History, to learn about how Pickleball was started in Baldwin County.
– Shirley and Billy Reeves of Gulf Shores: Husband-Wife team is responsible for teaching over 500 people the game of pickleball. Well before the CAPC was founded Billy and Shirley were taping tennis and basketball courts in Gulf Shores and providing free lesson on Sundays. Their great continues this day as they provide beginner lessons at the Gulf Shores Cultural Center and at the Lake Osprey RV Resort near Elberta. Both Billy and Shirley are excellent players, but have always put teaching others above their personal enjoyment of game.
– Virginia and Jerry Corker of Mobile: Responsible for bringing the Sport of Pickleball to Fairhope and Daphne. Both have been disciples of the sport and have introduced the sport in many places in the U.S. Both are avid players who have enjoyed traveling and playing in tournaments throughout the country. They recently participated in the National Senior Games in Minnesota. Virginia is a National Pickleball Association (USAPA) Ambassador for Mobile and a CAPC Steering Committee Member.
– Bob Webb of Foley: Founded the Coastal Alabama Pickleball Club on February 1, 2015 to track the number of pickleball players, both Locals and Snowbirds, and provide court space and a social component to the sport. Two years later the Club has 627 members and is the 7th largest Pickleball Club in the nation. Bob is the USAPA Ambassador for Baldwin County and serves as the Administrative Coordinator of the CAPC.