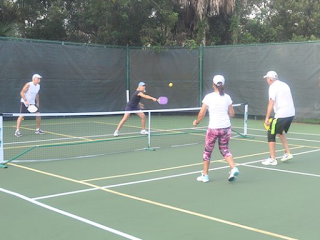 It used to be that things like tennis courts and bocce ball were a must have in Southwest Florida communities, but now the popular perks are pickleball and pet parks.

Not only are new communities putting them into the plan, but older developments are adding them to their list of amenities.

When Neal Communities put together its new Watermark community it added pickleball and a pet park and many other Neal communities are adding those amenities.

“Pickleball is growing in importance,” said Leisa Weintraub, vice president of marketing for Neal communities. “As people start to include it in their communities, people will look all the way from Tampa to Naples at different housing options and they will start asking about it.” 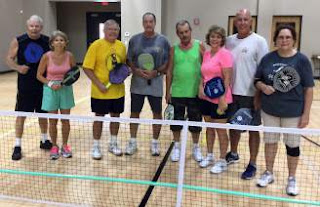 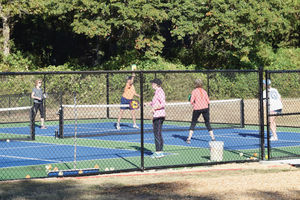 Over the last couple of years, one sport has been spreading rapidly in the United States — pickleball.

The new outdoor courts are located next to the Frank Brown Recreational Center, where a shuffleboard court was also built.

While many still don't know what pickleball is, they usually remember it by its peculiar name.

"The guy who developed it, his dog was Pickle," said Debbie Rusk, Auburn resident and pickleball player. "It's hard to tell what it is when you hear the name, but the guy who made it named it after his dog." 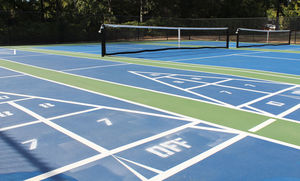 Tucked behind Frank Brown Recreation Center and the Jan Dempsey Community Arts Center, extra space for a quickly growing sport is open for play in Auburn.

Two pickleball and two shuffleboard courts opened to the public last week, inviting players young and old to test out and enjoy the sports every day of the week.

“Our vision when we built the facility and did the fitness center and were on the same site with the arts center, is that, let’s say somebody wants to come and they can play pickleball, then they can go play bridge, then they could take an art class—there’s something that they could do pretty much any time of day. So that’s the idea behind it,” Richardson said.