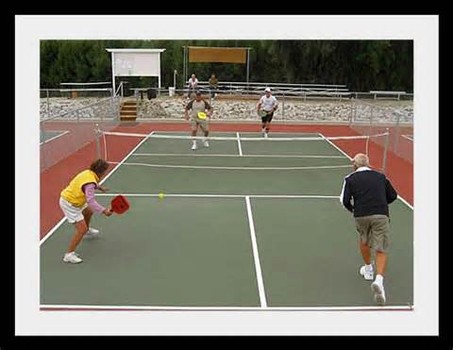 Spring is in the air. The fields have been groomed, the beer vendors are stocked and the red, white and blue banners have been strung up. Kim Kardashian is slated to throw out the first pickle and country music legend George Jones is scheduled to sing the National Anthem. There is electricity in the air as the anticipation mounts for the start of the 2013 Pickleball season.

Okay, I’m a sports nut but I’ve got to tell you, I don’t have a clue what the hell Pickleball is. I thought maybe Sheriff Andy Taylor’s Aunt Bee might be the league’s commissioner or something, the Vlasic duck might have something to do with it and as far as I know ESPN’s Sportscenter has never had a late night show called “Pickleball Tonite”.

The game as far as I understand is simple. Invented by a dog named Pickles in a back yard somewhere out west in the late sixties, Pickleball fever is sweeping the nation like the Harlem Shake or Honey Boo Boo.