Pickleball Players Find It's a Dilly of a Workout 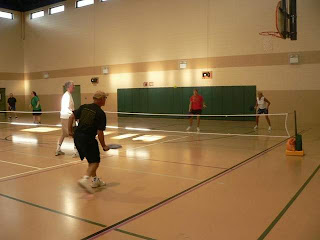 Between his grunts of frustration, shouts of joy and sweat dripping off his forehead, you’d think John Croes had just finished a triathlon.

Instead, the New Hampshire snowbird living in Palm Bay was playing a friendly game of pickleball.

The game, with a sour-silly name, has become one of the fastest-growing recreational pick-up sports in the country — including Brevard’s Space Coast.