Daytona Beach had their first annual tournament Feb. 8 and 9 at Pelican Bay.

They christened their four new pickleball courts which had just been completed two weeks before the tournament. It was just a year ago that Pelican Bay took the first step to incorporate pickleball into their tennis club by lining 6 tennis courts that were not being used. The tennis players were using clay courts. The bug hit so hard they just had to get real pickle ball courts. Through the generosity of one donor, one tennis court was converted into two pickleball courts. This got the juices flowing, and enough other contributors came forward for two more pickleball courts. Their ultimate goal is to have a total of 8 courts. 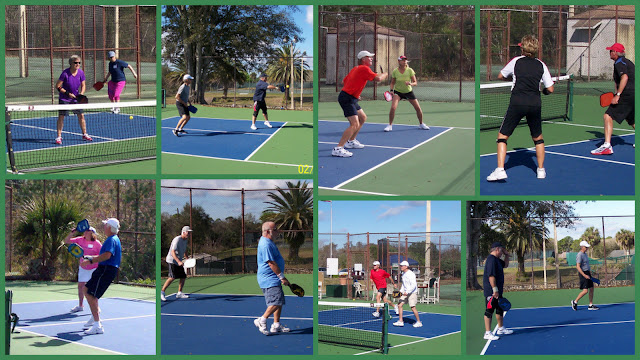 The two day tournament brought players from The Villages, Winter Garden, Deland and Daytona Beach. Spectators came from North Carolina, Georgia, Minnesota, Arkansas, and Ohio who joined the participants for the very tasty Barbecued Pork Butt and homemade sides and desserts,  and for open play after the tournament.

The best part about the tournament, other than the weather, was the participants. Pickleball players must be the most friendly and congenial group of athletes. I wonder if it doesn’t have something to do with the age. All look forward to coming back next year. 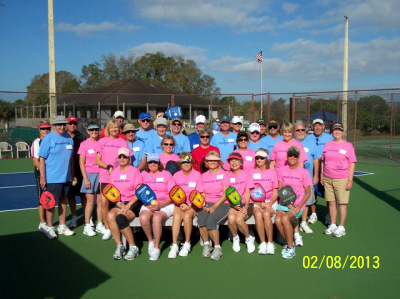