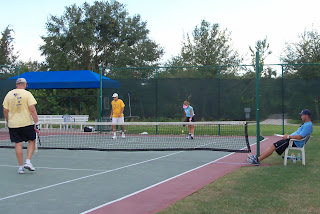 "The games went GREAT!! I got there a little before 7:30 and there were a ton of people already. The folks at the sign in desk did a fantastic job. They had the sign up sheets all set and single elimination brackets all made and ready to be filled in and to go. Because some of the folks were all there and signed in they began some games at about 8:15-8:20. 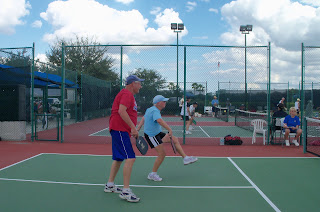 Breakfast and lunch was provided and the Sun City Center maintenance did just a super job putting up shade coverings all around the courts. They even rolled up the wind screen on the side so folks could easily see the games this year. Tables were set up for folks to eat lunch under shade also.


Best of all they managed to get all games done with by about 5:30. We plan to talk next week about the county possibly doing 2 Pickleball events each year. One in Spring this year. Also seems we will be splitting Womens and Mens doubles in the AM next year so one group will play at Kings Point so Mixed can start earlier. I went around and asked all out of towners their preference: 2 day or split, and they all said 1 day event to save $$$." 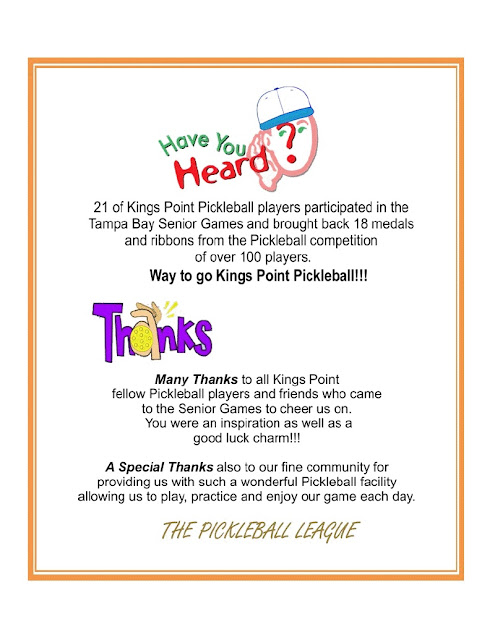 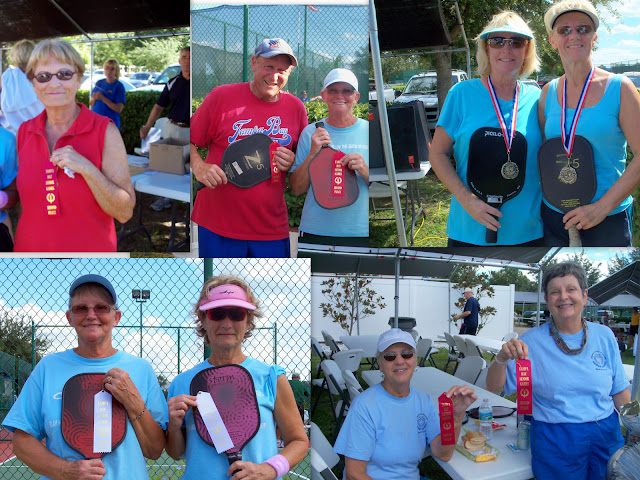 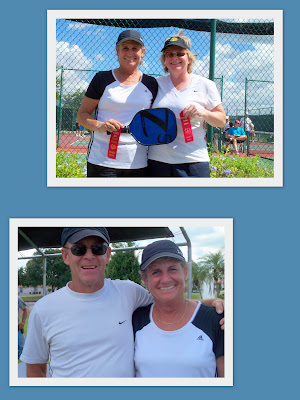