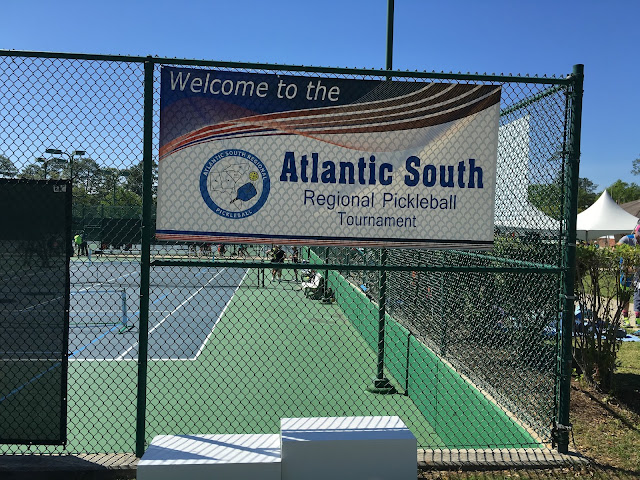 Congratulations to Regional Director Karen Parrish on another successful tournament!  The tournament was held this past weekend at the Mobile Tennis Center in Alabama.  The weather was beautiful and the venue was super.  Sixteen temporary Pickleball courts were set up on 8 of the center's 60 tennis courts.

Referees got to experience calling the matches while sitting in the tall chairs used by tennis chair umpires.  What a different perspective!

The sponsors supported the event in grand style.  Paddletek, Pickleball Rocks, Pickleball Up, Engage Pickleball, WhipperSnapper, and Pro-Lite Sports had extensive displays of their products for all the Pickleball enthusiasts to peruse and purchase. 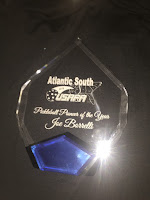 In addition to all the great play, Joe Borrelli, District Ambassador for North Carolina Coastal Plains, received the 2016 Pickleball Pioneer Award.  Joe has done a phenomenal job of growing the sport in North Carolina.  Although Joe was unable to attend the tournament, he made an appearance by FaceTime at the reception on Thursday evening.

A BIG THANK YOU to all the volunteers who helped make this tournament so impressive!