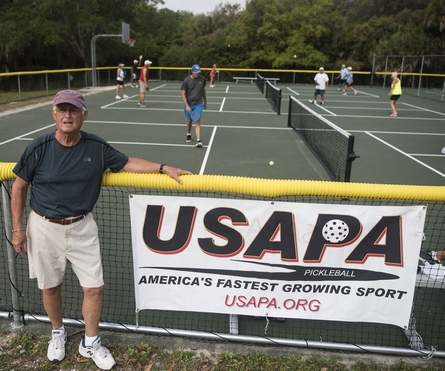 VENICE (FL) -- On any weekday morning, it might be hard to tell that Sarasota County has expanded its permanent pickleball courts at By-Pass Park.

With about 100 players regularly volleying or just queued up to get into the next game throughout the week, the six new permanent courts at the Foxworthy Campus in Venice are almost always full, says Jack Beck, an avid pickleballer and game organizer.

Beck and Sarasota County officials showcased the new courts in a special ceremony at 10 a.m. Tuesday, along with a demonstration of the increasingly popular racket sport that crosses full-scale tennis with ping pong for a fast-paced game that's attracting droves of retirees.