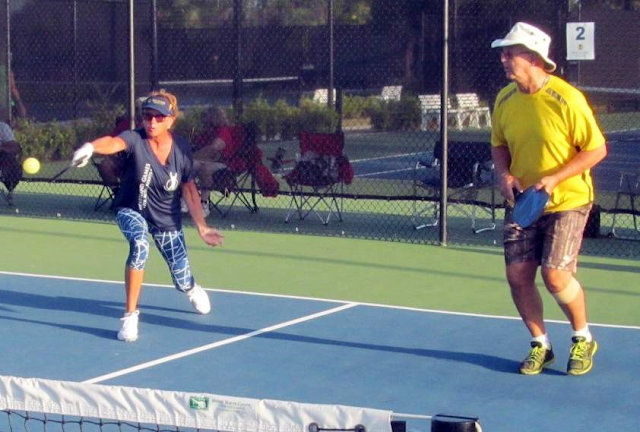 Pickleball, considered to be the nation’s fastest growing sport continues to attract new players, especially seniors, the target group of the Heartland Games. This year, pickleball drew the largest turnout of any event in the Heartland Games as it has in previous years. It was also the most popular sport at the 2015 Florida Senior Games.

The fact that the pickleball court is smaller than a tennis court, requiring much less running, isn’t the only reason for the sports phenomenal growth. The action is fast-paced and can consist of heavy hitting smashes or soft, controlled “dinking” where the players stay close to the net while dropping the ball just over the net. It is a great spectator sport as evidenced by the crowds watching the play in the Heartland Games pickleball tournament last Saturday and Sunday at the Sun ‘N Lake Racquet Club.

Pickleball has an appeal to both men and women and is a sport that couples can enjoy together. One third of the teams entered in the mixed doubles play were married couples.