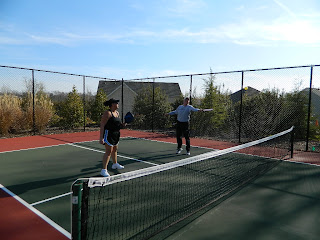 USAPA Ambassadors Dan Kiurski and Bob Nibarger have to admit that the growth in their region has been simply amazing. In 2012, the Bailey’s Glen Pickleball Club (Cornelius, NC) was formed with only a handful of players. Since that time, venues within North Mecklenburg have grown to a total of three new opportunities to play. North Mecklenburg now sports two outdoor and two indoor court locations. These locations can be found within the USAPA web site and include the Cornelius Parks Department with both outdoor and indoor facilities, and the Lake Norman YMCA (Indoor). The developer of Bailey’s Glen recently announced the development of 4 new courts. This brings the BG total to 5 which will enable BG to host local tournaments. North Carolina is a beautiful state and both Dan and Bob invite you to visit when you are in the area.