Aiken a hit as host of pickleball tournament 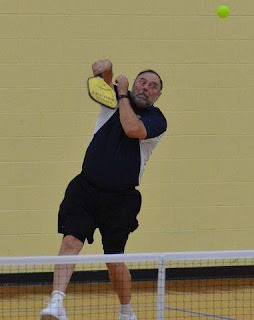 The punchline was that this was the first pickleball tournament Aiken’s hosted, with Beckner and his wife, Loretta, having brought the sport with them several years ago. Still, the reaction to Aiken as a host city was a positive one with play set to continue today.

Local travel seems to be the only aspect of the event impacted negatively by the soggy weather. Beckner said more than participants still made the trek from nine states outside of South Carolina – North Carolina, Georgia, Florida, Michigan, Alabama, Pennsylvania, Tennessee, Texas and Kentucky.