The Macon County Senior Games kicked off with Opening Ceremonies and Luncheon April 23. The games are closed except for the “fun events” which includes Pickleball.


The Pickleball Tournament was held over three days with 20+ participants ranging in age from 64 to 87. The tournament format was Double Elimination for all events and was not age-bracketed. For the first time we had an entry for Mixed Doubles from outside of Franklin (Macon County). Lin Kolb and Larry Formichella came and took the Gold in Mixed Doubles


It was fun having Larry and Lin come to the games, even though they snatched the gold from Mike and I.  We have played very little outside of our local group. Even though we lost in the finals, it was  7-5 and 8-6, so we gave them a run for their money!  Both are accomplished players and Lin competes in tennis as well as a USTA 4.5 rated player.  We hope to go and visit them and play some to improve our games! 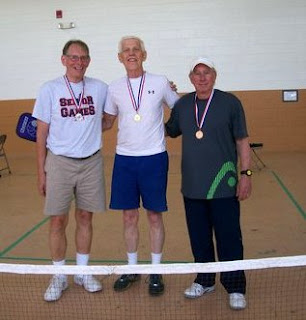 Medal winners in the Men's Singles were: 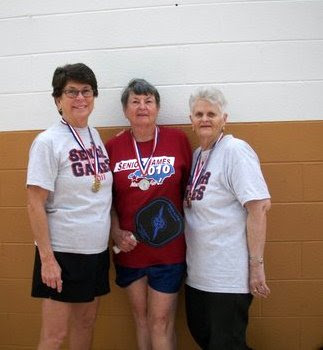 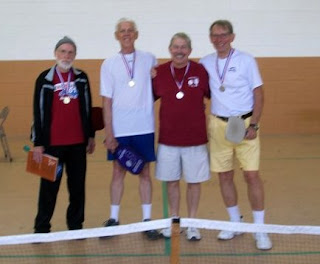 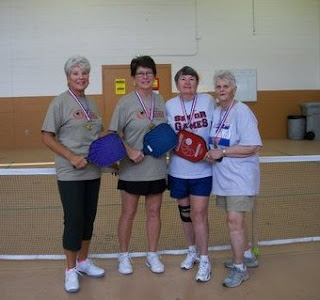 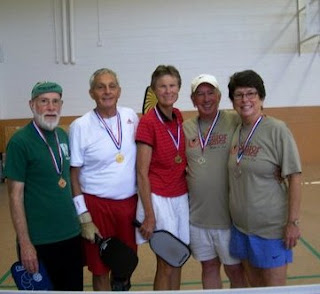 
With the coming of Spring and Summer and warm weather, we will be playing on our outside courts at the Macon County Recreation Park beginning May 7th.   In case of rain we do move inside to our courts at the National Guard Armory.

We welcome all Pickleball Players and look forward to having some visitors come to play when they visit Franklin.
Email ThisBlogThis!Share to TwitterShare to FacebookShare to Pinterest