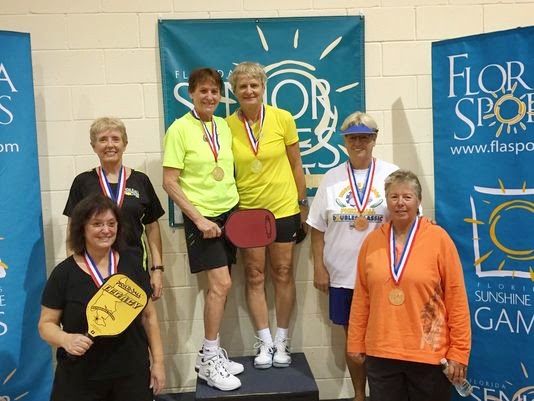 Pickleball is alive and well in Florida’s Capital City and a group of local players ventured south to test their skills at the 2014 Florida International Senior Games & State Championships. A sport on the State Championships roster since 2003, only in the last couple of years has Pickleball become a favorite among Tallahassee’s senior athlete community.

“I play softball with folks from The Villages and they told me, ‘Once you play Pickleball, you’ll never want to play another sport.” said Zippy Wartenburg, one of the local athletes to take the court at the Estero Recreation Center, Dec. 12-14. “They just may be right because I love the game now.”

More than 33 hours of Pickleball was played at the 2014 State Championships on nine courts, in Singles, Men’s and Women’s Doubles and Mixed Doubles. It was an eye opening experience for the Tallahassee contingent who play the game on a recreational level at the Tallahassee Senior Center, Jack McLean Park, Lafayette Park’s Sue McCollum Center and Premier Fitness.