Pickleball a fast-growing sport, especially for the 50 and older crowd 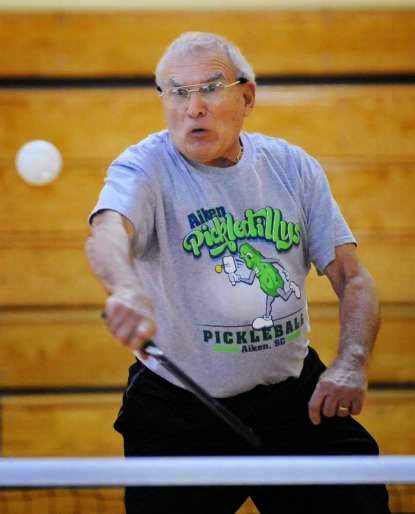 The question comes up a lot in conversations about pickleball, said George Catalano of Jacksonville.

It seems there are two types of people in the world: those who know about pickleball, and those who don’t.

But the number who know about the sport — and are getting on the courts and playing — is quickly increasing. It’s been called the fastest-growing sport in America.

Pickleball is described as a combination of tennis, badminton and pingpong. The game is played with a solid paddle and a plastic, perforated ball resembling a Wiffle ball.

Because pickleball is low-impact but gets the heart rate going, it’s becoming especially popular with the 50-and-up crowd.

Catalano, who is 72, has been playing for five years. Until he picked up a paddle, he had never heard of pickleball either.