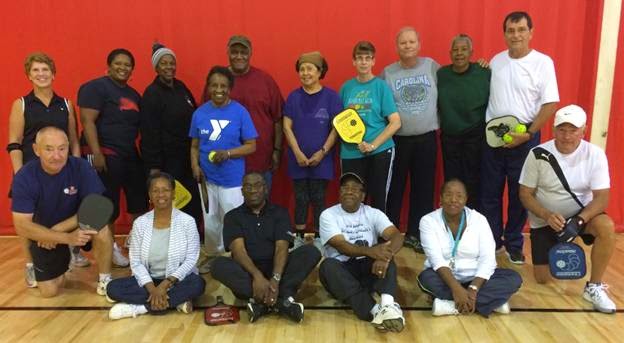 The University YMCA of Charlotte kicked off its pickleball program on November 13th as members of the Bailey’s Glen Pickleball Club (Cornelius, NC), presented Pickleball 101, and informed players on basic rules, strokes and drills. The University YMCA is located at 8100 Mallard Creek Road in Charlotte, NC. According to USAPA Piedmont Ambassador Bob Nibarger, pickleball is growing “roots” in the Charlotte area as he receives calls almost weekly. To learn more about pickleball in the Piedmont Region of NC, send an email to ncpickleball@aol.com or visit www.usapa.org for places to play in NC.
Email ThisBlogThis!Share to TwitterShare to FacebookShare to Pinterest