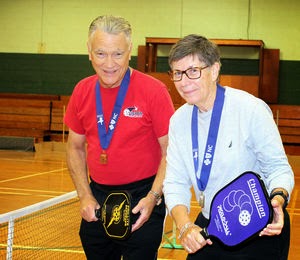 Both have been playing pickleball regularly at courts in Warren County since local pickleball began almost four years ago. The sport combines tennis, ping-pong and badminton and is played with a wiffle ball slightly larger than a baseball.