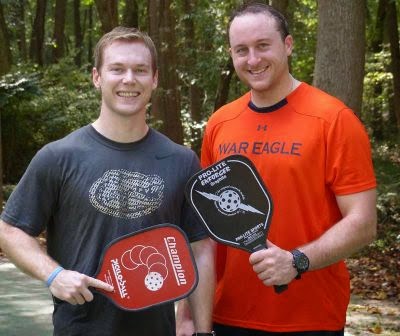 Tyson Sandlin and Chris O’Brien won decisively in their brackets during the first annual Pickled Peach Tournament held in Athens, Ga. Neither Sandlin nor O’Brien lost a game, which placed them against each other for the championship.

In a game normally played in 20 minutes, the two battled for 45 minutes. It was a contest of speed versus size. Sandlin was fast while O’Brien possessed long reach and a bigger size. Eventually Tyson squeaked past his longtime friend and fellow player, 15-14.