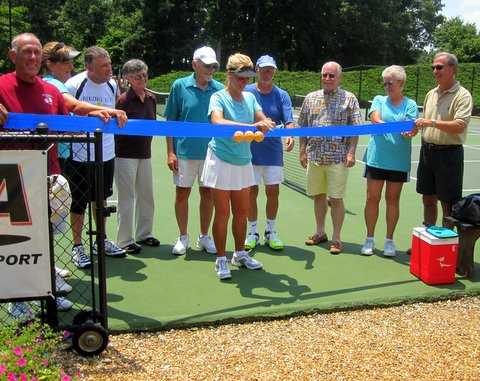 Instead of a ribbon across the entrance to the courts, blue painter's tape was used to signify the seven long years of taping off the court lines. As Tom Earley stated in his speech, "The cutting of this tape frees us from the bondage of the Painter's Tape forever. Free at last, free at last. And as a Sweet Street Philosopher put it, Ain't Nobody Got Time for That!" Everyone enjoyed a great meal, socializing, and pool time. Players were playing on the new courts until 8:30 p.m.!