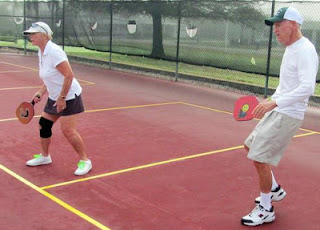 On March 5 and 6, several of Tanglewood's pickleball players traveled north to Solivita at Poinciana, which is 20 minutes south of Disney World, to participate in the Polk County Senior Games. Solivita is an active-adult-lifestyle community boasting seven pickleball courts, with another four to be built in the near future.

The Polk Senior Games served as another chance for Tanglewood players to hone their skills in preparation for the Heartland Games for Active Adults Pickleball Tournament that will be held at Tanglewood on March 15 and 16. Pickleball has the largest registration of the 13 events that comprise the Heartland Games, which speaks volumes about the growing popularity of the sport. 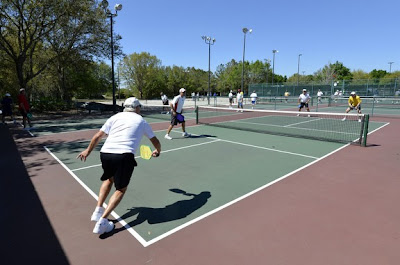 More pictures from the Polk Senior Games can be found at
www.the ledger.com. CLICK HERE