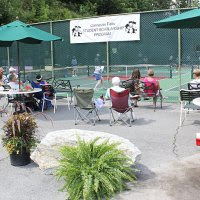 How do you combine Pickleball and educational scholarships? You run a tournament whose proceeds benefit county high school and college scholarships. And that's what Connestee Falls Mountain Picklers have done. The Connestee Falls Student Scholarship Program is celebrating its 25th anniversary and boasts having raised over $550,000 for our students. The pickleball club in the community, Mountain Picklers, has hosted their second tournament for the program. This year the club raised over $4300 and more than doubled our last year efforts. Although weather delayed the Men's and Womens doubles for a week, we did finish the tournament July 20th. Pictures and videos are available on our website,  NC Pickleball in Brevard,

The winners are as follows: 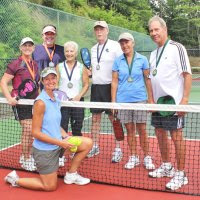 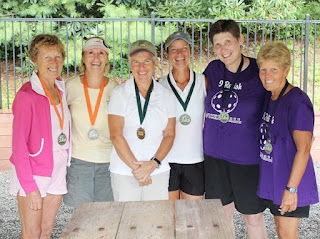 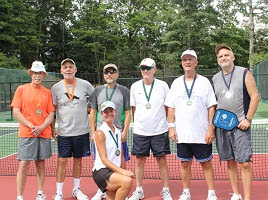 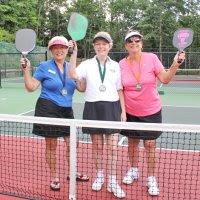 Teams from as far away as Florida, South Carolina and of course, North Carolina joined in the effort. Thank you and congratulations to everyone who participated and to the merchants and donors who helped with this awesome event.

See you all next year!
Email ThisBlogThis!Share to TwitterShare to FacebookShare to Pinterest