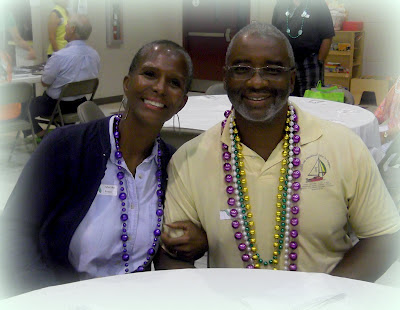 After over a year of searching for the right "retirement" community in Florida, in March 2011 Marsha and Byron Freso moved into Valencia Lakes in Wimauma (near Sun City Center about 25 miles south of Tampa).

Marsha is originally from Detroit, Michigan and Byron hails from Guyana, South America. They met and married in Atlanta, Georgia 32 years ago and after living there for over 25 years, they were ready for a change. After moving to Valencia Lakes, being avid sportspeople, the Fresos learned to play pickleball.

They continue to hone their skills, although they have collected over three dozen medals from various pickleball tournaments they have played in the southeast this past year. Byron is President of the Valencia Lakes Pickleball Club, which has grown to 108 members. The Club sponsors group clinics for beginning players and ladder play for the more seasoned players. In addition, the Club’s Mentor Program is set up to assist new players on a one-to-one basis. The community has four permanent pickleball courts and is in the process of adding three more to better support the volume of daily activity.