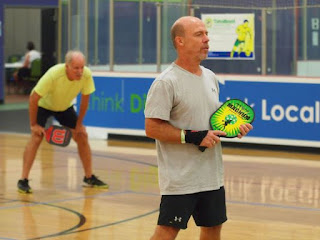 GREENSBORO, N.C. -- It's a little ping pong, a little badminton and a whole lot of fun rolled into one! And you might be surprised to know, Greensboro has it's own Summer Pickleball Classic.

The sport features two, three, or four players using solid paddles made of wood to hit a wiffle ball, over a net. Like other raquet sports, pickleball shares the dimensions and layout of a badminton court, and a net and rules similar to tennis, with a few modifications.

Pickleball was invented in the mid 1965 as a children's backyard pastime but quickly became popular among adults as a fun game for players of all levels. This week, the city of Greensboro will celebrate the 50th anniversary with it's second annual tournament.