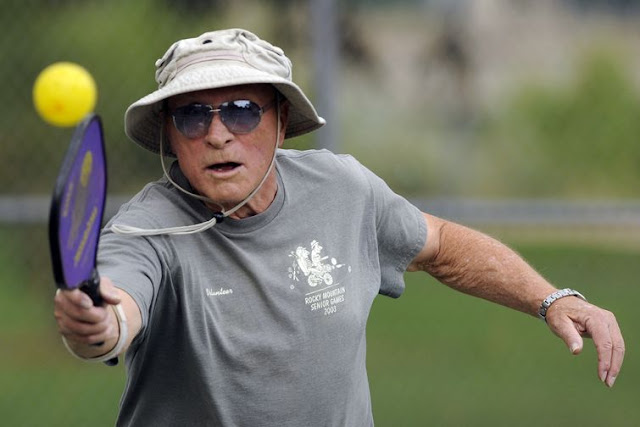 If you go to the exclusive community called the Villages in North Central Florida, which is filled with many retirees, you'll find everything from golf cart tunnels to microbreweries. But one of the most distinctive features might be its 108 courts for a unique sport: Pickleball.

To understand Pickleball, I spoke with David Jordan, president of the United States of America Pickleball Association (USAPA). He shared the secrets of the popular and unusual game — a sport that one retiree said was "like a drug."
What is Pickleball?

Pickleball is best described as a cross between table tennis and tennis. It looks a lot like tennis, but it features courts that are much smaller, a wiffle ball instead of a tennis ball, and a completely smooth paddle.