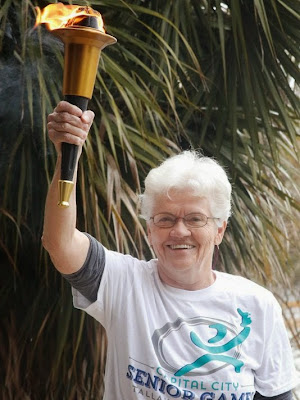 “It will be interesting,” said Donnellan, speaking between games at the Lafayette Park Sue McCollum Center. “Judy and I are training like crazy. We play six or seven days a week.”

Donnellan and Lyle come from creative backgrounds. Larae Donnellan recently retired as a journalism and public relations professor at Florida A&M after a career in higher education that began in 1975. Judy Lyle is an artist who made and sold her own pottery.

Since their retirements, the duo exploded on the Florida Pickleball scene and are taking steps to shape Tallahassee as the next hotbed of the sport in North Florida. Donnellan started playing pickleball while still working at FAMU but her schedule only allowed her to play once or twice a week. Once she retired on June 30, 2014, there has been no looking back.