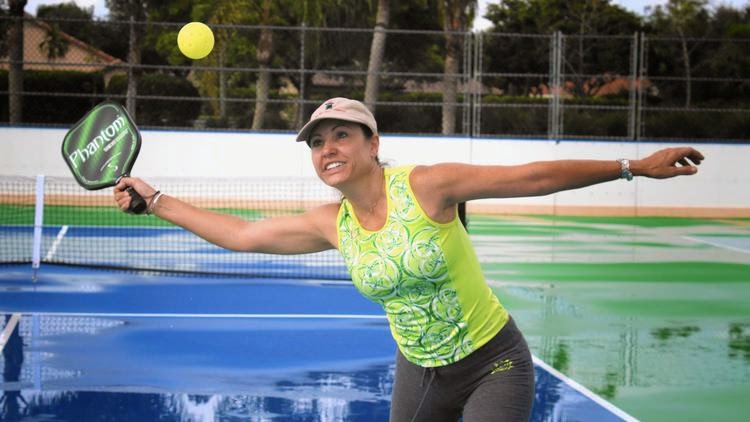 Pickleball continues to grow in popularity, and Davie has taken notice.

The town recently renovated and improved the courts at Pine Island Park. The courts received a sports surface coating, each now has a tennis-style net attached to permanent posts, and the work expanded the number of courts from five to six.

"The courts were concrete gray with white court lines," said Phillip Holste, the town's development administrator. "Three of the courts were laid out east/west, and the afternoon sun is a problem with players. The courts will now be blue with white lines, and the surrounding area between and around the courts will be green. This color scheme adds a look of professionalism to the courts. In addition, all courts are laid north/south, which will eliminate any problems with players looking directly into the sun when playing."