Submitted by Alan Butler, Leagues and Tournaments at The Long Center

At The Long Center, in Clearwater, Florida, we are now conducting pickleball tournaments on a regular basis. 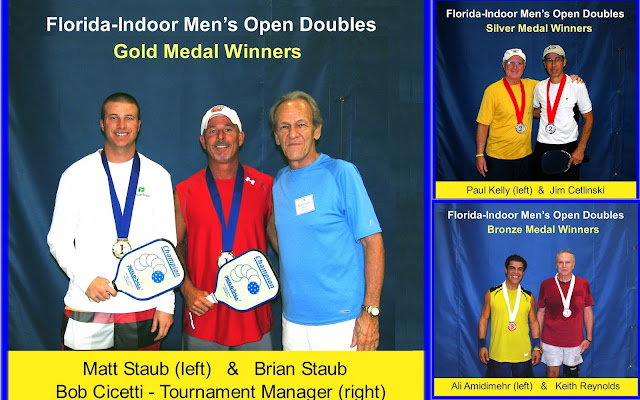 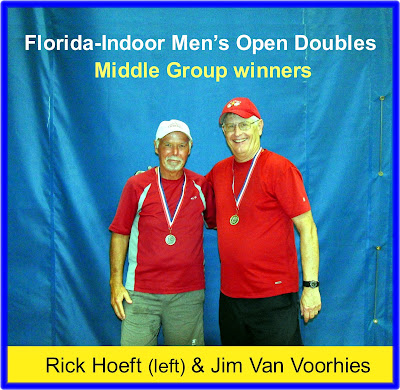 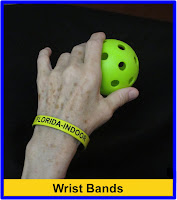 Thanks to Bob Cicetti (Volunteer Pickleball Manager at the Long Center) for a great job of managing the tournament.

Thanks to Shaun Beasley, The Long Center Manager, for providing a very nice buffet lunch to all the competitors and helpers, at noon, after Round 1 was concluded (at the end of the round robin competition). Our next tournament is scheduled for Friday, September 20, 2013. This tournament will consist of one event, combining 12 high level teams of Men’s, Women’s and Mixed doubles competing against one another. All the players participating in this event, will play the entire tournament session. Click on this link http://www.FLORIDA-INDOOR.weebly.com for more information about this unique and exciting event, or call Alan Butler, at 813-466-8284.