If Punxsutawney Phil had peeked from his hole here on Thursday - he definitely would have made the same predictions.  The pickleball players at the Peace River RV Preserve in Wauchula, FL welcomed the sunshine as they held their Ground Hog Day Pickleball Tournament.  Winter in Florida?  It reached 85 degrees before the day was over! Six more weeks of winter like this?  No problem!

Tournament organizers, Nate Showalter and Karen Wolf  scheduled a fun day of pickleball for a very good cause.  Player registration fees are to be used to help to resurface the two pickleball courts at the park. 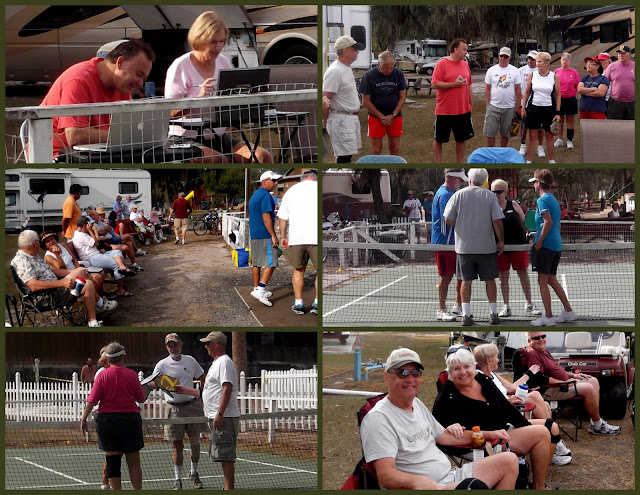 The format for the day included both doubles and mixed doubles competition. The  ladies took to court one, and the guys to court two in a random draw round robin.  Each player played five games to 11 points/win by 2.  The competition saw some very exciting/competitive games. 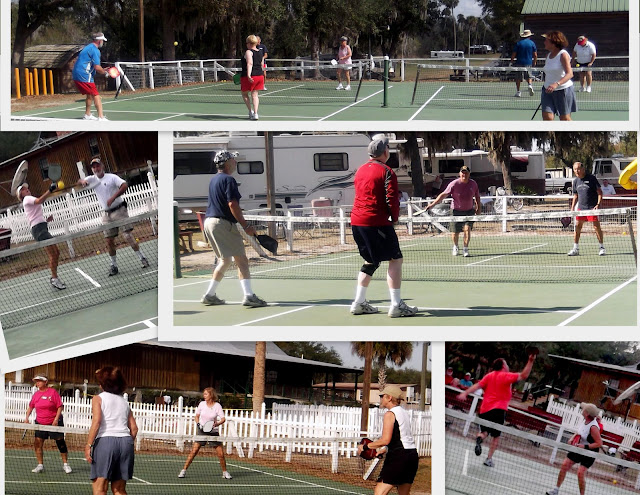 There was a bit of a twist to the mixed doubles.   The guy with the highest point total in the doubles competition was paired with the lady with the lowest point total and the lady with the highest point total with the guy who had the lowest point total in the doubles competition.  We laughed a lot; we played with partners we never played with before and we had some awesome games!  At the end of the competition two teams were tied for first place so a 15 point championship match was played.  Everyone else had finished  so it was "prime time" play!  Everyone moved their chairs to the shade and cheered at almost every point.  It was a very close game to the end with some great volleys and some really great points!

Below are the tournament winners: 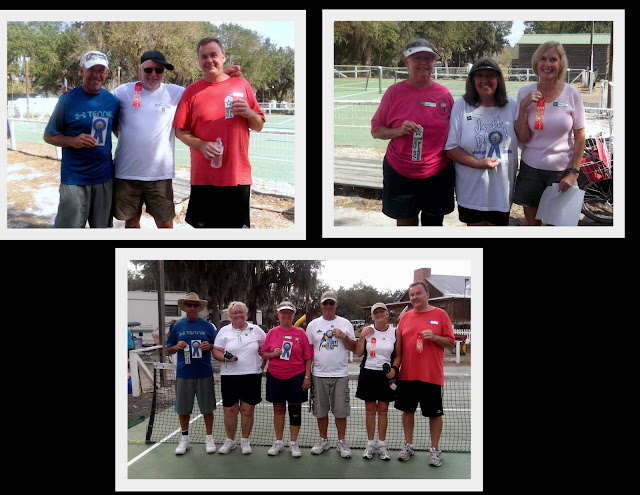 Thanks to Nate and Karen for a great day - for the cases and cases of water to keep us hydrated and the Pizza for lunch!  We'll be out there helping you to resurface the courts!!   Before everyone left for the day , we took to the courts  for a picture of the Ground Hog Day Players. 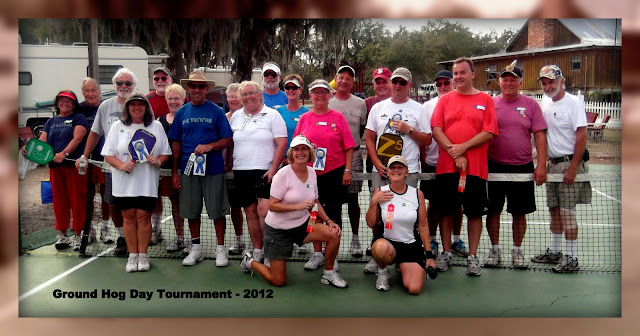