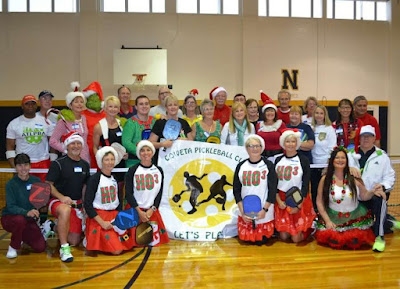 The Coweta Pickleball Club held its first “tournament” on Sunday Dec. 17. However it wasn’t actually a tournament.

You may be asking, “What is a Jingle?”

They wanted to get all the players from the different parts of the county who play at various venues together for organized play and a social.