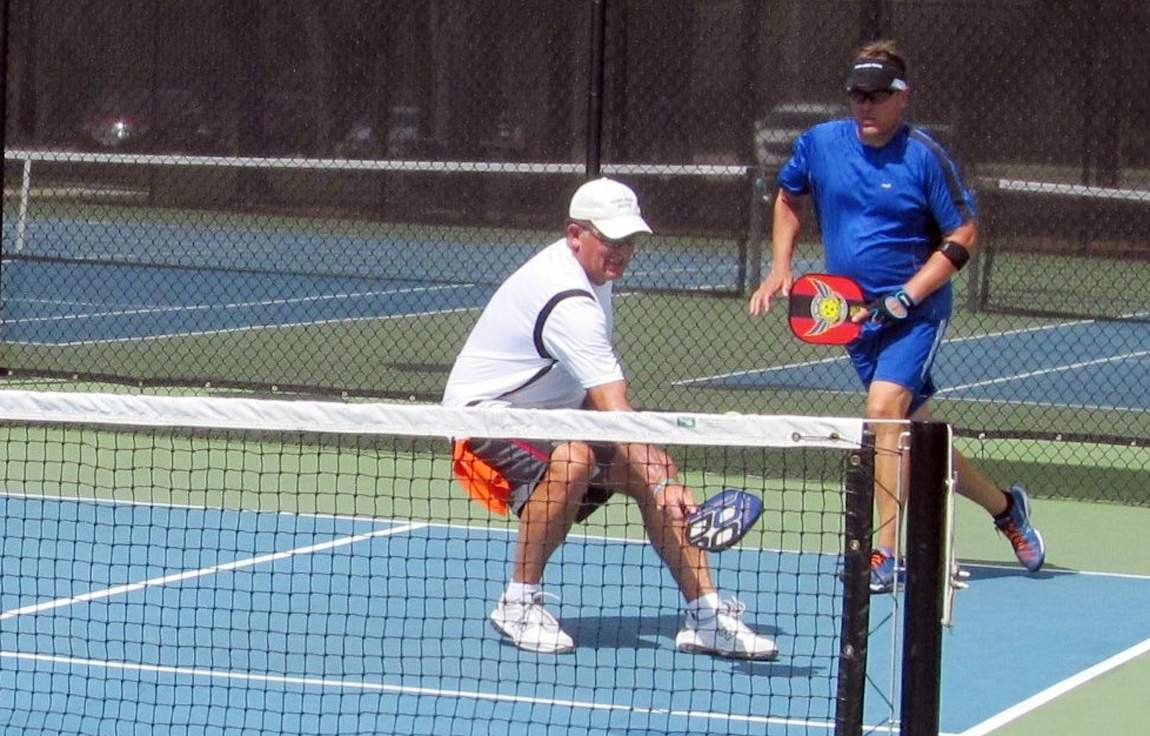 Unlike regular season play, where the A, B, C and D partners on each squad play against all of the pairs from the opposing team, “shootout” play matched only pairings at the same level. Points were awarded for each win, but varied according to the rankings. Ten points were up for grabs in meetings between ‘A’ rated teams, with seven points on the line for ‘B’ team matchups. The ‘C’ rated matches were worth five points and three points were up for grabs in the ‘D’ matches.