On April 20, 2012, Pickleball became the first Senior Olympic event to be held in Lake Arrowhead. Twenty three senior players from north Georgia braved a wet morning to play in this event held on the new Pickleball courts at the Red Cloud Sports Complex. 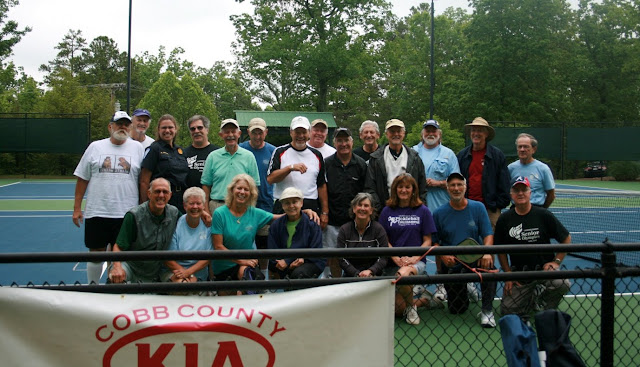 North GA Pickleball Club player Ann Earley adds: "This was the first time a tournament was held at the Lake Arrowhead Pickleball and Tennis Courts.  Despite the morning rain, I think it was a success....  Special thanks to tournament organizers, Bill & Carole Hess who did the lion’s share of the work."
Email ThisBlogThis!Share to TwitterShare to FacebookShare to Pinterest